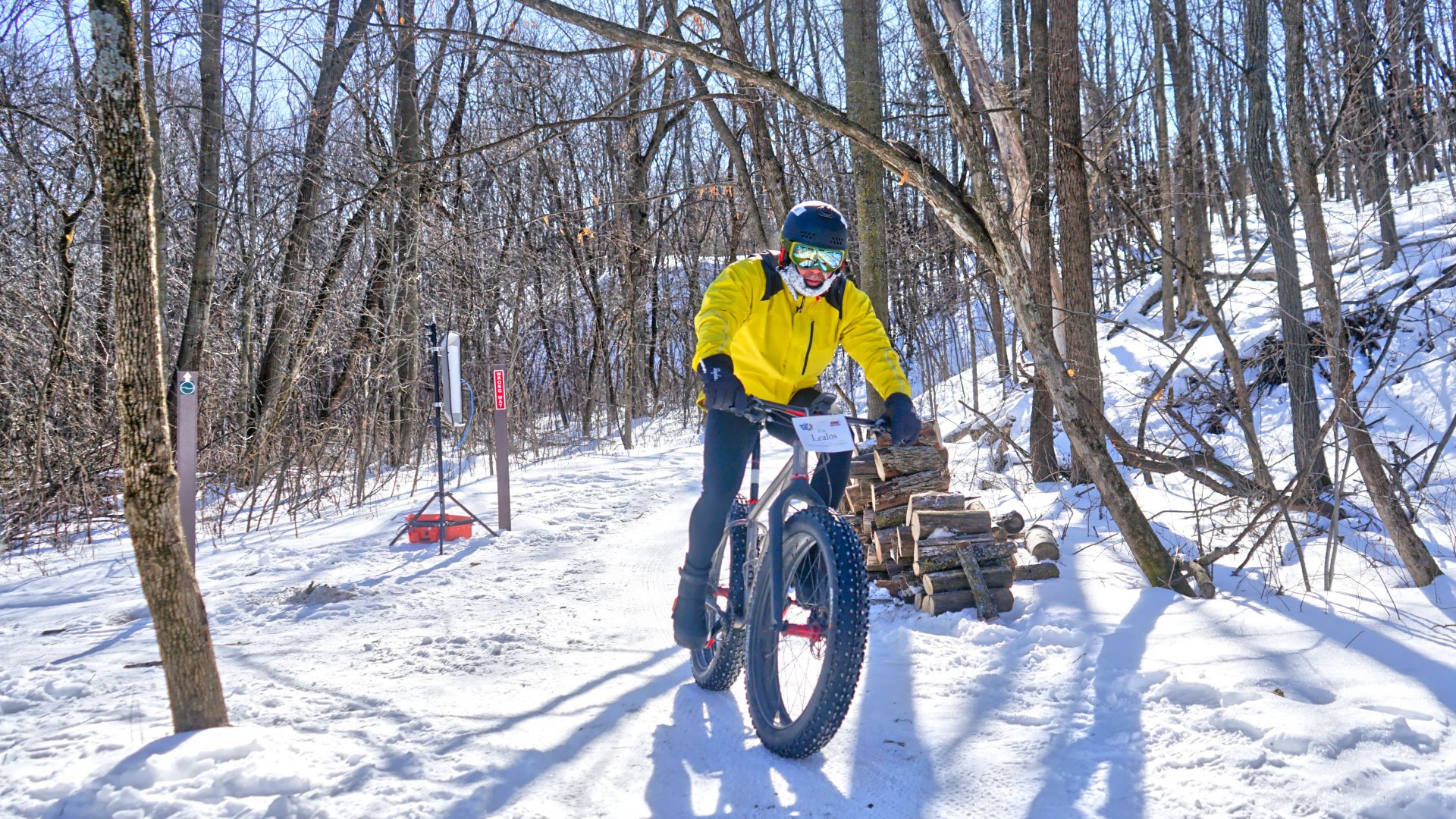 Recently, you may have noticed more and more people riding on bicycles with abnormally large tires. What is the deal with that? It’s called fat biking and you can do it here in Minneapolis Northwest!

The fastest growing segment of the bicycle industry, fat bikes evolved from traditional mountain bikes and it is an interesting story. The modern fat bike originated from the grueling Iditabike race in Alaska. The race challenged elite riders to travel the first section of the Iditarod Trail in the middle of winter: 200 miles of Alaskan backcountry along snowmobile and dog mushing trails. Harsh conditions that forced riders to spend much of the race walking alongside their bikes spurred them to build equipment that could better drudge through the snow.

Cyclists got creative, welding two tires together, sometimes even three to give themselves a wider footprint in the snow. Coincidentally, a similar phenomenon was taking place in the sand dunes in New Mexico around the same time. Eventually improvements were made to these unorthodox bike hacks. Wider rims that could accommodate a single, larger tire were developed and the fat bike was born. It was the late 1990’s when the first rendition of a modern fat bike was built, but it wasn’t until the late 2000’s that they became widely available. A fat bike is a bicycle with large, low-pressure tires designed for travel over snow or sand. The wider tires (3.7 inches or more) and low pressure (under 10 psi) allow the bike to cover more surface area, thus giving the rider more traction and control on difficult terrain. 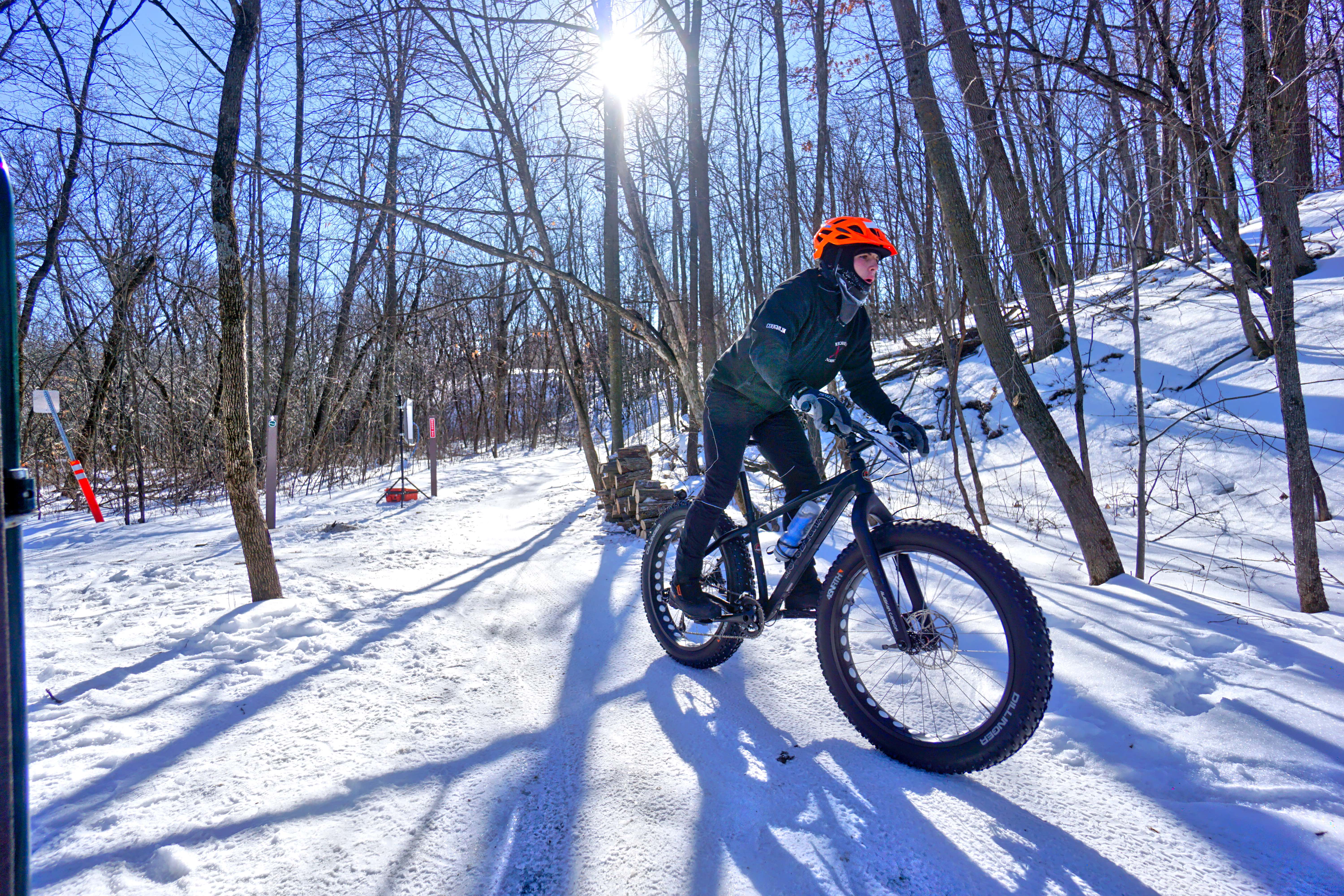 Fat biking has been on the rise in the Midwest ever since, and especially in the Twin Cities. To mountain bike enthusiasts who had been feeling cooped up all winter, the fat bike means freedom: they can finally ride year-round. Thanks to regional and state parks, along with a number of volunteers, there are many single-track mountain biking trails in the Twin Cities that are now groomed in the winter!

Minneapolis Northwest is a great starting point for your fat biking adventure. At Elm Creek Park Reserve in Maple Grove there are 13 miles of dedicated trails for fat biking in the winter (or the summer for that matter). Nearby Theodore Wirth Park, Fort Snelling State Park, and Hillside City Park in Elk River are among some of the other area trails. If you don’t have your own fat bike, you can rent one for two hours, a day, or an entire weekend from Maple Grove Cycling. So get out there, and see what the fat bike craze is all about!

There are many indoor and outdoor activities in our area.  Always something for everybody.  We have exciting physically challenging fun events and cozy, cultural-rich venues for those who revel in serene environments.